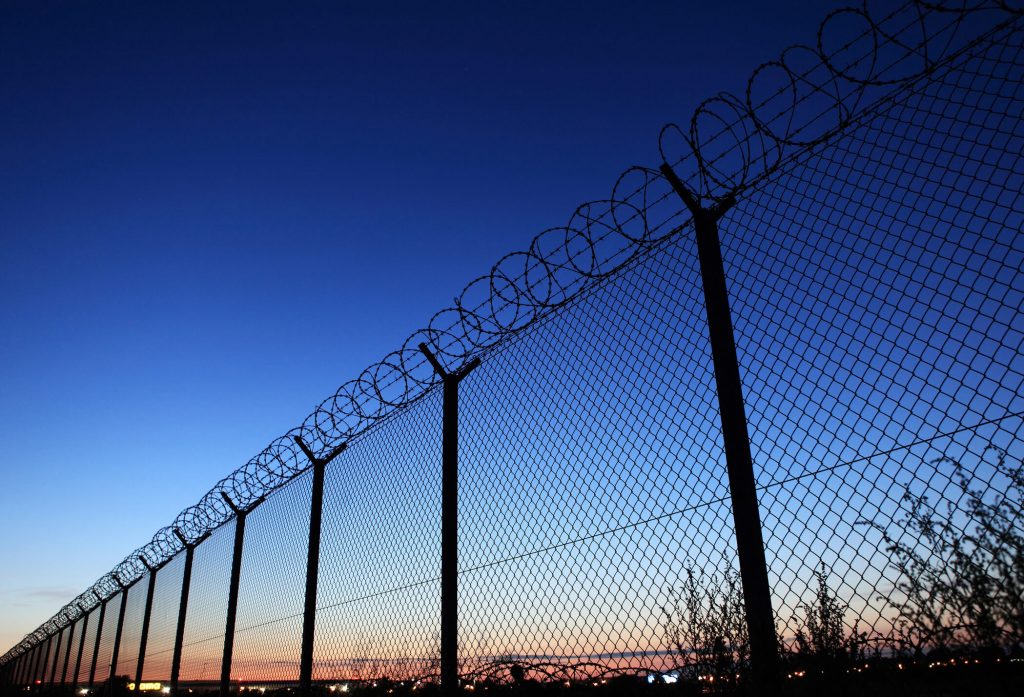 Perimeter Security: Why a Fence is Just the First Defence

Perimeter fences can range from a few symbolic strands of wire to an intimidating razor wire and steel behemoth. The common theme, of course, is the fence’s purpose: to tell others to stay out and to protect what’s inside, or vice versa. While a robust and discouraging fence is a first line of defence, it isn’t where you should stop when it comes to a security solution. In fact, for some would-be vandals or intruders the higher the fence, the greater the incentive to surmount it. Lighting, signage and access control can all have a significant effect, but your site will still likely benefit from active deterrence to truly reduce crime risk.

Full perimeter security can include active monitoring and deterrence: either security guards, or motion-detecting surveillance or both. The first can be expensive and logistically challenging to station around an entire perimeter around the clock. The second can sometimes be limited in its function or, depending on configuration, set off countless false alarms, rendering the system virtually useless.

We figured there had to be a more effective, affordable and flexible way to protect a perimeter, which is why we developed Spectur surveillance systems. These include the best of both worlds: an accurate record of what’s happening on site, as well as an active deterrence system, without the false alarms, to genuinely send away onsite threats without needing to have a physical presence there 24/7.

What does the system offer that others can’t?

There are a few key differences. There are many motion-detecting security systems out there, but Spectur is the only Australian solution using artificial intelligence (AI) to provide accurate and active perimeter intrusion detection systems that focus on people and vehicles. The high quality imaging systems not only capture movement in a vast range of light settings, but built-in edge and cloud-based artificial intelligence for these security camera systems also distinguishes human and vehicle movement from that of animals, leaves, shadows or insects. The system will ignore the latter but act on the former, sending an alert via email, mobile app or 3rd party video management system to the response team as well as emitting a bright light and a clear spoken warning from the onboard lights and speakers. This means as soon as intruders enter the camera’s vision, they’ll be strongly motivated to depart from the site. Response teams can watch imagery live from their device and choose to dispatch personnel if follow-up is needed. Systems can also be integrated with other remote sensors to trigger the desired response.

This type of system provides the best of both worlds: a rapid response to genuine intrusions, and accurate notifications to support your security team in doing what they do best.

The other benefit is that Spectur’s cloud recording security cameras are completely wireless and can be set up anywhere there is 3G or 4G reception. This not only reduces the cost and complexity of installing the system, but it also opens up the options when it comes to protecting a vast perimeter such as a farm, station or power or water infrastructure site.  They can even be integrated with your existing wired (and usually internal) security camera monitoring system.

Great security is far more than just a fence

Just as archers once actively protected castle walls, the right deterrence system can stop your perimeter from being breached. When it comes to keeping valuables or dangerous materials within a perimeter and people out, be sure to look past the fence alone. Perimeter intrusion detection systems from Spectur can see, think and act whenever you can’t be there and help to actively protect your site.